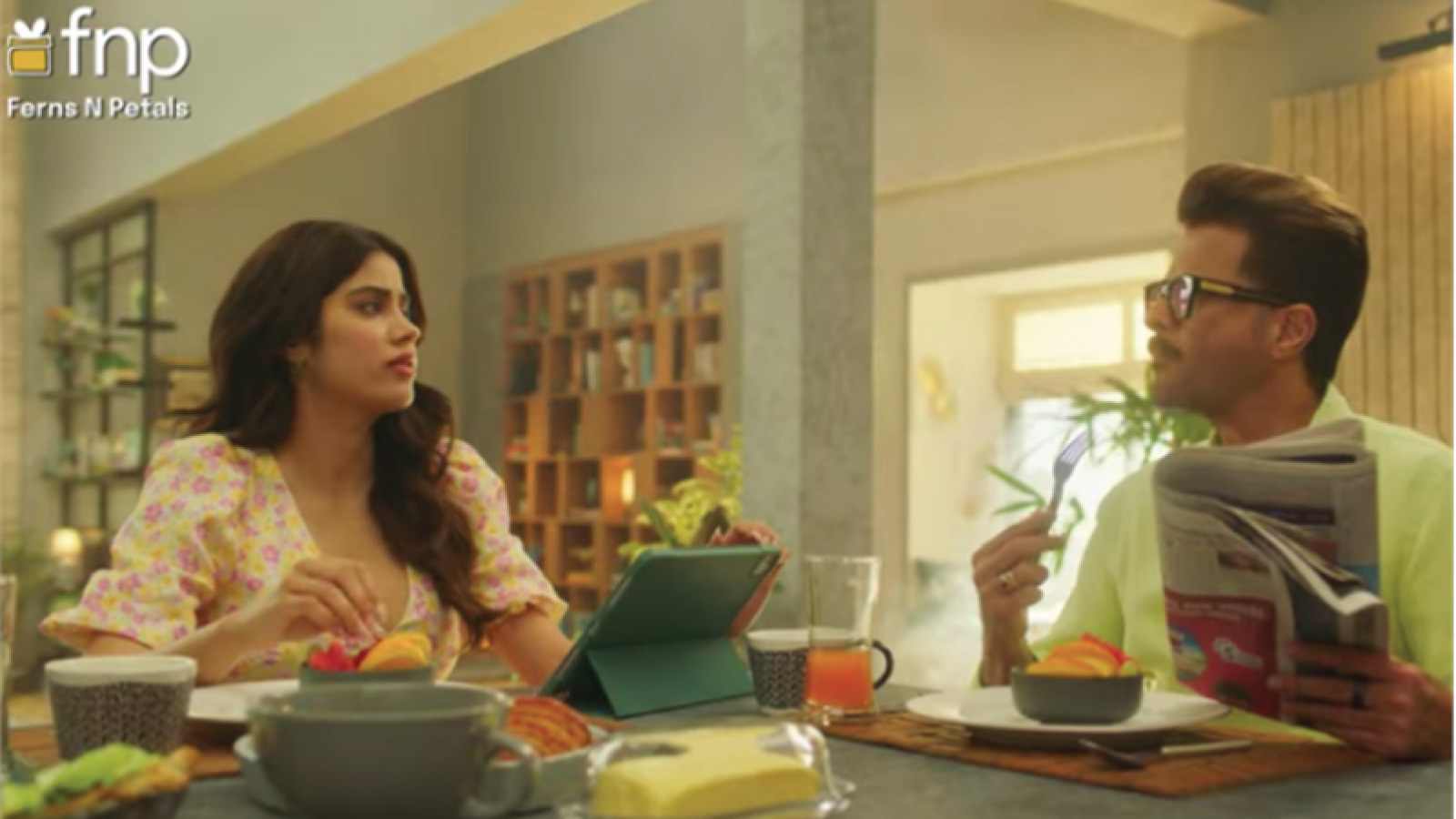 In the first film, Kapoor finds his niece upset over the social media trolls on her. To cheer her up, he sends her personalised gifts from FNP, which contain pictures of himself from his hay days, where he too was subject to ridicule. The duo laugh it off, highlighting the brand’s gifting services.

The second film shows Kapoor sitting on a couch on his 66th birthday. When all his niece’s gifting options get ruled out, since he owns pretty much everything, she turns to FNP’s gifting service. Kapoor answers the doorbell and is greeted by a bouquet of 66 red roses to commemorate his birthday.

Sai Thota, head of digital marketing, Ferns N Petals, said, “This is our first brand film initiative
with the actor duo showcasing that Ferns N Petals is all about relationships, making sure that we share happiness and joy during all moments of life which goes beyond occasions and festivals. Since we are repositioning the brand from being a flower brand to a bigger gifting brand and are also going through a change in brand identity including the brand logo, we thought of reconnecting with our audiences where gifting is a perfect inclusion to our everyday life. The brand films celebrate the new age vibe and bring to life the fact how we as a brand would be a great inclusion as a gifting partner when people are going through their ups and downs in life”

The campaign is being rolled out across TV, digital, and cinema, supported by ATL and BTL promotional initiatives.