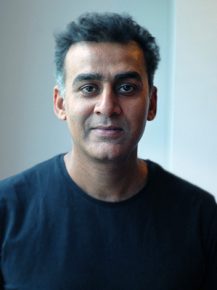 Azaz is a Chief Creative Officer at Mullen Lintas. He started his career with Lintas Group back in 2001. Since then, he has worked with Bates, Publicis, Lowe, Mudra, McCann and Contract on Brands like Nescafe, Coke, Nestle Maggi, Domino’s Pizza, Dabur, Maruti Suzuki,Havells ICICI Bank, Bajaj automobiles, Star Plus, Milton, MP Tourism and Rajasthan Tourism.

In 2016, he was elevated to Chief Creative Officer, Ogilvy South and was the youngest CCO in India then. MP Tourism’s ‘Toy’ campaign won a D&AD Graphite pencil and MP tourism’s ‘The world most honest tourism film’ won a Silver and a Bronze Cannes Lion in 2017-2018. The same year Amazon IPL campaign ‘Chonkpur Cheetahs’ won a Gold at Effies and a Blue Elephant At Kyoorious. It even won a Silver at APAC Effies. In 2018 he was chosen the South Asia Creative Person of the year (Runners Up) by Campaign magazine. His creative supervision has won many awards including Cannes Lions, D&AD, Kyoorious, Effies, APAC Effies and WARC.